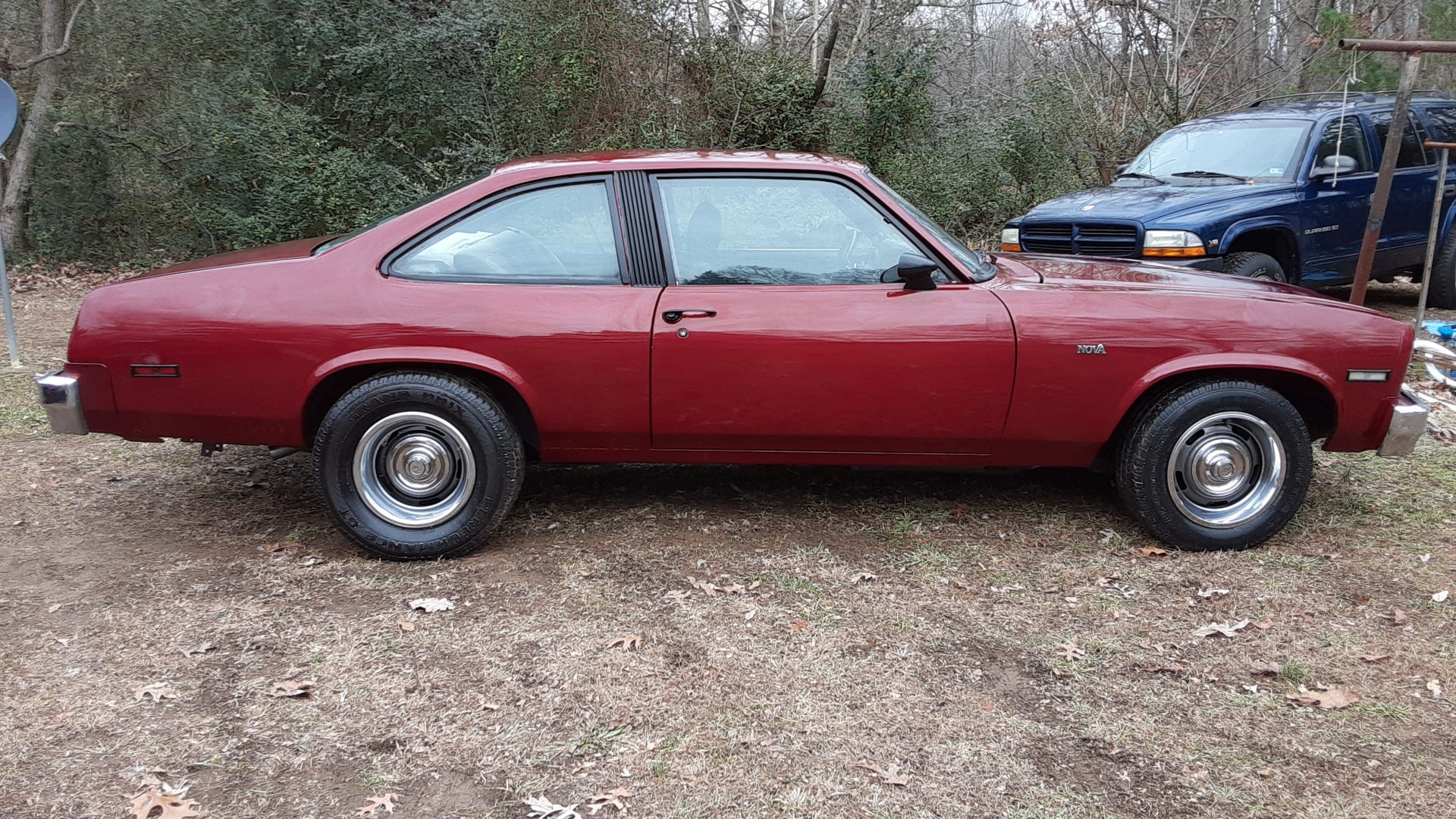 “I have always been a Nova and a Mustang fan,” Lamar Taylor told me. We already knew about his Mustang, which was featured in GHR in December, and now we get a chance to take a look at his beautiful and quick 1978 Chevy Nova – the car that turned him into a hot rodder.

Lamar really likes the 1969-1972 generation of Novas, but he was having trouble finding one. He looked for a few years to find a Nova from that generation, and he’d given up. But then…

“One day my girlfriend called me from work,” he said, “and said she’d found a Nova in the Piedmont shopper for $800.” Lamar thought it was probably a four door for that price, but his girlfriend called and found out the 4th gen was actually a two door.

They went to look at it. The owner told Lamar it had a 350, and while the car ran, it needed a lot of engine work and had rust. Lamar decided to buy it and drove it home.

He felt like the Nova was a bit low on power, and then he figured out why. What was supposed to be a 350 ended up being a 305. Lamar bought a used 1974 350 from a friend and swapped it in with a mild cam and intake. He hot rodded around with that combination for about a year until it spun a bearing. All told, the Nova’s had five engine swaps by Lamar with the help of his friends. For budgetary reasons, they’ve mostly been used 350s.

The latest small block is almost certainly the most powerful. The Nova is currently running a crate 350, with 9.7:1 compression and 1967 double-hump heads. These are the famous “Fuelie” heads that were in the fuel injected Corvettes. There’s a Howard’s Rattler cam with 480/488 lift to activate the 1.6 roller rocker arms.

A Mallory ignition fires the mixture that comes from an Edelbrock RPM intake manifold and Holley double pumper carb. A set of Hooker long tube headers and 2 1/2 inch dual exhausts take care of the burnt gases.

The result? About 400 horsepower on pump gas, enough for Lamar to run 7.90s in the eighth mile.

The Nova’s gone through a couple of paint jobs during the time Lamar’s had it, and the current garnet pearl coat looks great. The interior is largely stock, except for the additional gauges Lamar’s installed. The large Sunpro tach and shift light, and the custom column mounted shifter he’s installed are easy to spot.

Lamar’s already looking at some engine upgrades. He’s planning on getting some aluminium heads and increasing the stroke. His goal is to have the Nova still be a street car, but one capable of running low 7s or even high 6s.

Lamar’s a hot rodder who is both.