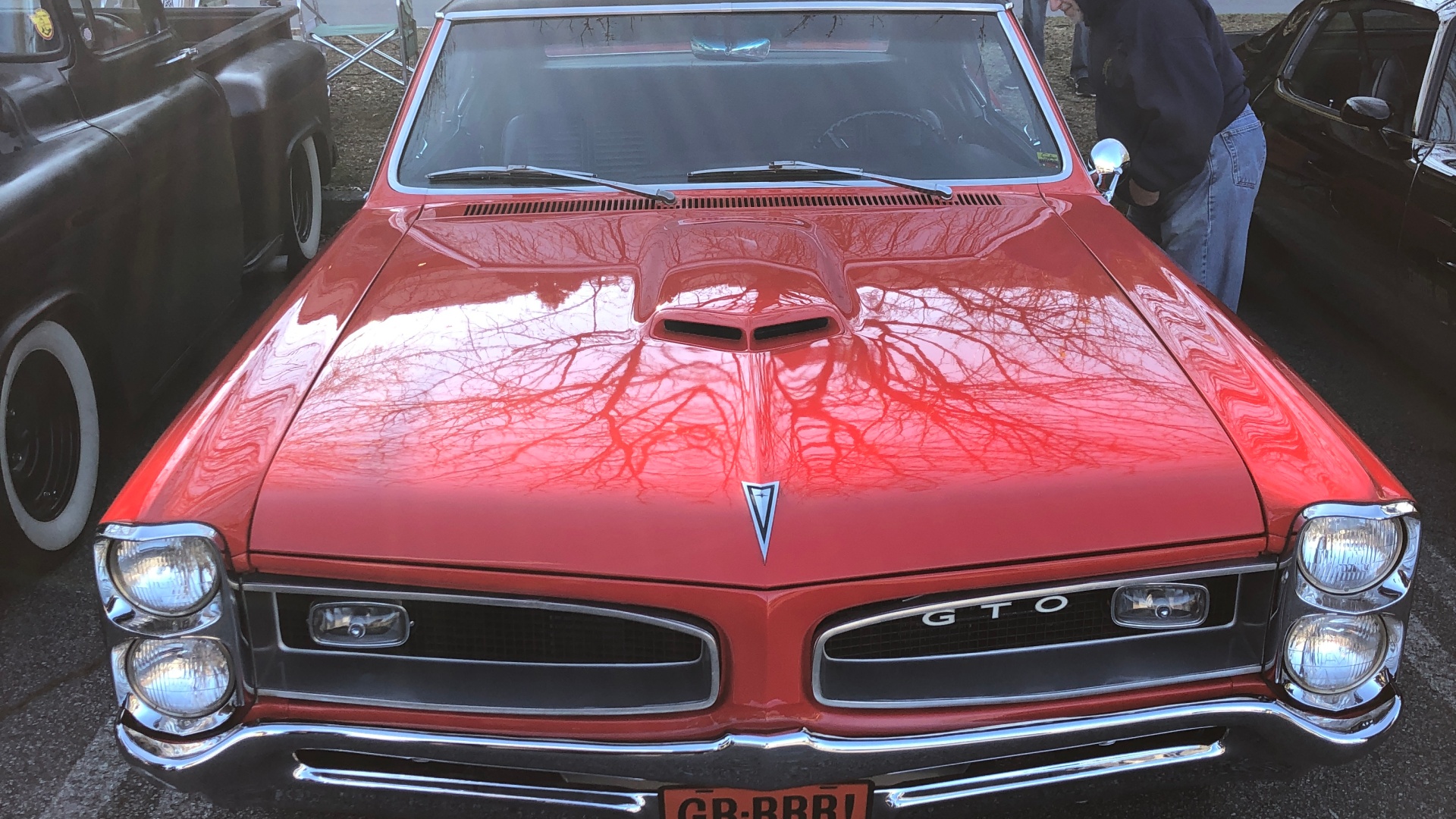 When you see a car as well built as Tony Crook’s Pontiac, there’s usually a story. I asked him if there was something special about GTOs?

I took that as a yes.

The car was completely restored in 2005. Tony acquired it in 2008. Even though he described it as a “good solid car” (he estimates it has only about 70,000 miles on it total), Tony hasn’t hesitated to hot rod it the way he wanted.

He started with the paint. Tony’s been in touch with the Pontiac Historical Society about his GTO and they told him it originally sported Pontiac’s Platinum (silver) paint. Tony’s current paint job is flawless and really jumps out at you, beautifully offset by the classic vinyl roof. 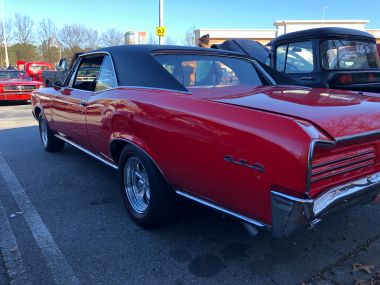 Last year, Tony decided to go through the 428 cubic inch Pontiac big block that was in the car when he bought it. So he swapped the 428 for a Pontiac 400 he had sitting in his shop. “I keep a lot of Pontiac parts around,” Tony told me. I guess that’s not too surprising for a guy who’s owned 10 GTOs and a 1955 GMC truck with full Pontiac running gear.

The 400 is a 1967 motor, originally rated at 360 horsepower. It still has Pontiac 6X heads, which Tony’s matched with a Ram Air III cam. There’s an Edlebrock hi-rise manifold and carb on the intake side and headers and duals on the exhaust side.

A Muncie 220 transmission sits behind the 400. The 4-speed drives 3.73 gears on a 12-bolt Positraction differential. With this combo, the engine turns about 3000 rpm at 70 mph. Tony’s added disk brakes to the front, with factory drums on the rear, all with power assist. There are American Racing Torq Thrust wheels on all four corners.

The coil spring suspension is largely stock, except for the stabilizer bars Tony added front and rear, and beefed up rear trailing arms. The previous owner did a lot of drag racing with the car, and stiffened the rear trailing arms to assist in that endeavour. Tony said that was probably a good idea, as those trailing arms have been known to break.

Equipped with power steering from the factory, it had been removed when Tony acquired the car. He thinks the drag racers took out for weight reduction and to eliminate the power drain on the engine. Tony’s re-installed it using factory parts. 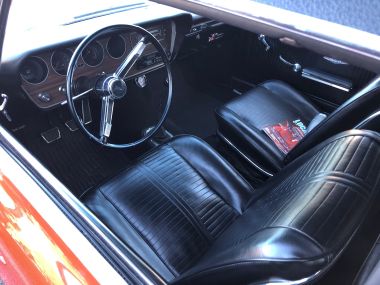 The stock interior is in perfect condition. There’s no air conditioning, but on the cold January morning he and I talked, Tony was happy to report “the heater works fine.”

When you see how well done Tony’s GTO is, it was no surprise to hear him say “it’s very fun to drive.” Tony effortlessly cruised to the Caffeine and Octane show – with his two buddies driving their classic Trans Am and 1956 Chevy pickup.

GTOs are iconic hot rods. With a big V8, 4-speed manual, perfect body and paint, and just the right wheels, tires, and stance, Tony’s keeps the icon alive 54 years after it rolled off the assembly line.

I haven’t seen Tony’s other GTOs, but this one has to rank as one of the best he’s owned.