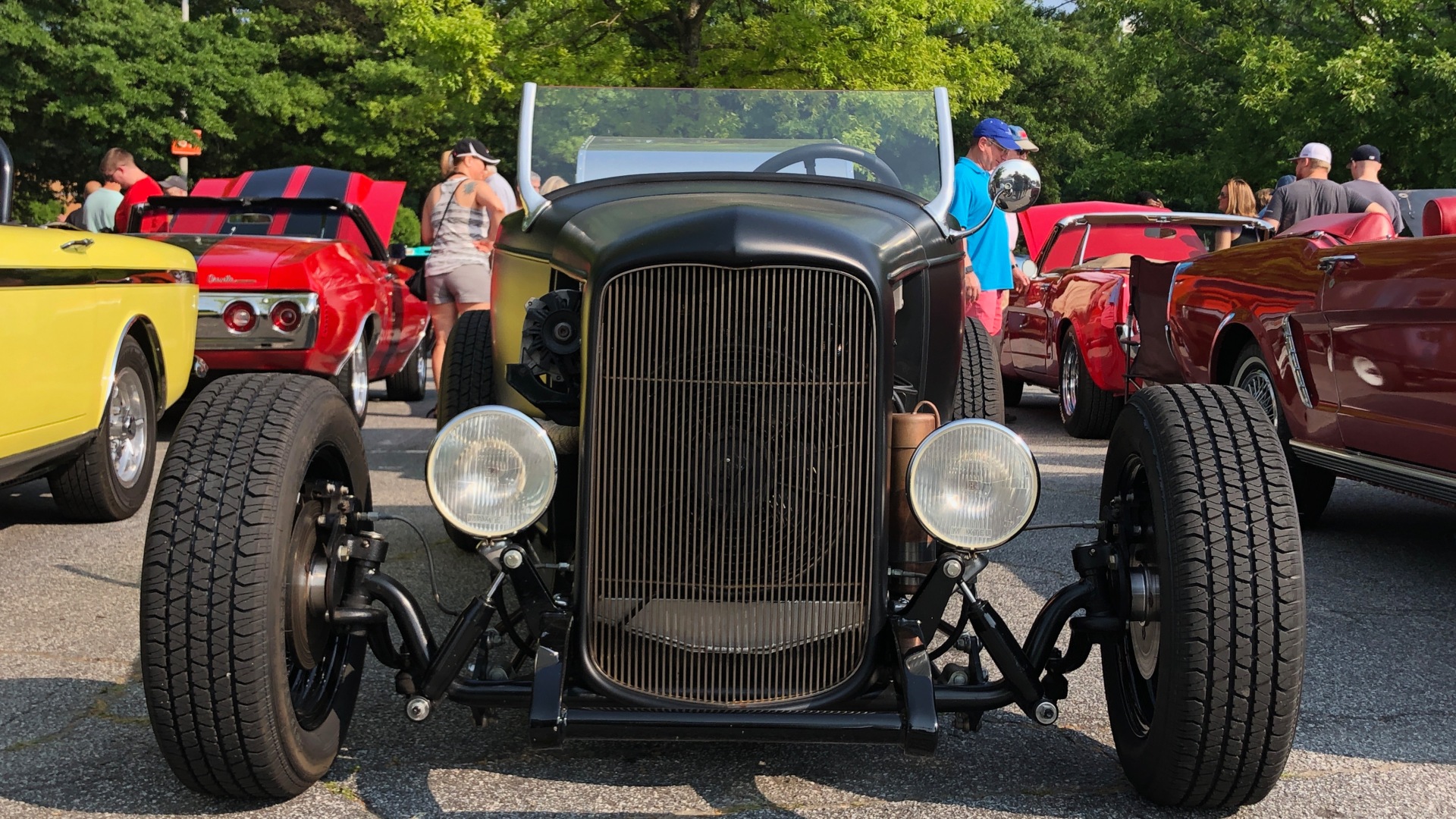 I’ve been around hot rodding for more than 45 years. I’ve seen ‘32 Ford roadsters before, in many different varieties: chopped, channeled, dropped, rat-rodded, and gassered.

When I saw Wayne Underwood’s roadster I thought it looked great, but somehow… different.

Well. I hadn’t seen that before. 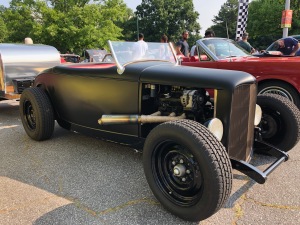 “It’s about the same size as an English Ford Model Y,” he told me, “but it’s not cut down. It was designed and built to be this size.” (For you trivia buffs, the Model Y is the first Ford specifically designed to be sold outside the United States.)

Wayne built his roadster from a kit he purchased 10 years ago, and he’s been driving it ever since.

That kit provided the frame, front and rear suspension, front axle and hubs, steering, fiberglass body, dashboard, and headlight stands. Wayne had to supply the rear axle and engine. 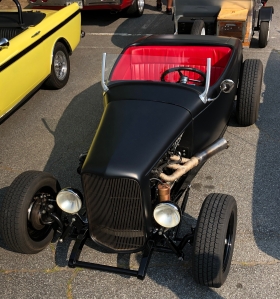 The frame has the traditional transverse leaf spring front suspension. Rack and pinion steering turns the hubs on the dropped front axle. Out back, Wayne chose a sturdy Ford 9-inch rear end, mounted on quarter-elliptical leaf springs and control arms. A hydraulic clutch lets Wayne shift the gears of the 5-speed manual transmission.

Although a British magazine once noted that the Model Y was noteworthy for its “almost unbelievable lack of brakes,” Wayne’s roadster has no such problems.

With Wilwood disk brakes up front, and the standard Ford drums on the rear, he’s got an abundance of stopping power. The brakes pedals and hydraulic master cylinder are also from Wilwood.

For his roadster’s engine, Wayne chose a 3.4L GM V-6. “It looked in scale to the car,” he told me. “It’s smaller, fits well, and left enough room for a manual transmission.”

Wayne purchased the V-6 as a brand new crate engine from GM. It has a narrow 60-degree banking between the cylinders – a perfect fit between the narrower frame rails. It features a high-performance cam, larger valves, a 390 cfm Holley four-barrel, and electronic ignition. A local shop fabricated the custom exhaust. Wayne wrapped the headers to keep the heat in the exhaust and out of the car, and because, he said, “It looks neat. Old school.” 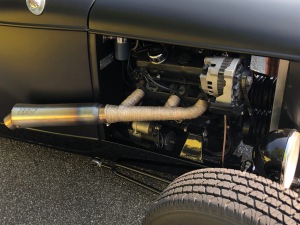 The fiberglass body is painted matte black. “I didn’t want to have to paint it ten times because of rocks,” Wayne explained. “And it gets a little patina and that’s nice.” As you can see, the car looks great.

The trunk holds the gas tank, battery, a fire extinguisher, and a tarp in case of rain.

Wayne loves that his roadster doesn’t have anything extra. “There’s a lot of ‘no’ here,” he said. “No radio. No heater. No top. No doors. But everything’s functional. It’s a good car. It’s a driver.”

And Wayne loves to drive it, mostly in the summer, and mostly on back roads. “If you get going too fast, it can come up off the road,” he said, “I have to be careful on Interstate highways.”

Wayne’s racked up 17,000 essentially trouble free miles on his roadster. He puts it up on his lift every year to make sure everything’s tight, and then he hooks up his homemade vintage trailer, gets in the roadster, and hits the road.