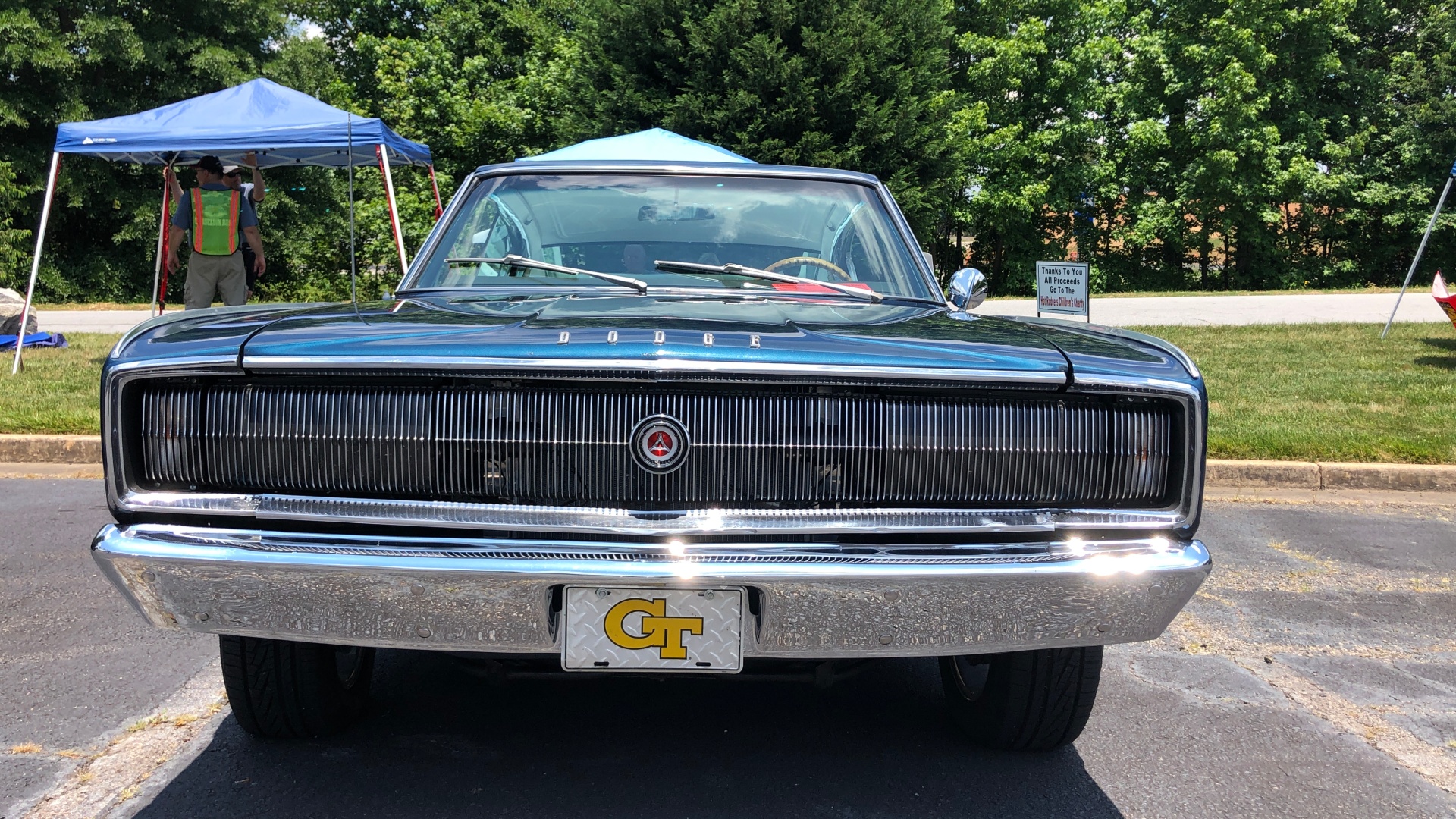 You’ll probably get my attention at a car show if you pull in with a beautifully restored 1966 Dodge Charger with a 383 under the hood.

You’ll definitely get my attention if that Charger has a Georgia Tech license plate on the front.

That’s exactly what Montgomery Burk did – and I made a beeline (yellowjacketline?) to go talk to him at the recent YearOne show. But even without the license plate, Monte’s Charger was sure to get me – as it did a whole lot of other folks – to come over and admire the Mopar. 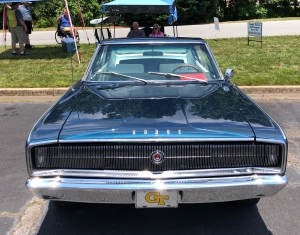 Monte has done some research on Chargers, and he filled me in on their history:

“In 1966, Dodge was mad because Ford had the Mustang, Plymouth had the Barracuda, and AMC had the Marlin. Dodge didn’t have a fastback. But they didn’t want the Plymouth A body. They wanted something bigger and more luxurious.”

So the Charger was born out of the existing Coronet. Clearly a Mopar fan – he also owns a 1967 Barracuda – Monte had been wanting a first generation Charger for several years. About two and half years ago, he found this one.

“I bought this one from a dairy farmer in upstate New York off of pictures only. I got a pretty shell, but mechanically everything underneath that car except for the rear differential has been replaced or rebuilt.”

That pretty shell shows off Charger’s classic fastback lines. The unibody underneath was in good condition. In fact, some of the original undercoating is still on the car. The body is very straight, and had been repainted in the factory Dark Poly Blue color. Happy with the condition of the body, Monte set out to upgrade the car’s mechanics. 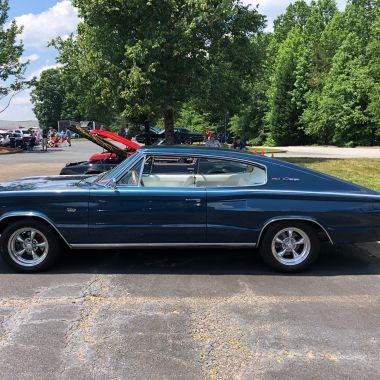 The factory original 383 has been completely rebuilt. “I had to,” Monte told me, “my best cylinder had a 20% vacuum leak.” The engine was completely disassembled, bored, and decked. The original crankshaft was cleaned up and replaced. Forged pistons went in the cylinders, producing a 10:1 compression ratio that lets Monte run 93 octane pump gas with no problems, even with 10% ethanol.

A top kit from Summitt Racing was installed on the refurbished short block. The kit includes Edelbrock aluminum heads, intake manifold, and 650 cfm carb, as well as a high performance cam and lifters. Monte’s still running a mechanical fuel pump, but the entire fuel system has been redone. A points and condenser ignition fire the spark plugs. The big block produces a deep rumble through the headers and custom dual exhaust.

Monte said the engineered components of the top kit worked out great. After tuning the carb to work with the cam, he’s getting 420 horsepower and 480 ft-lbs of torque. That’s a healthy 70 hp gain over the stock 383. 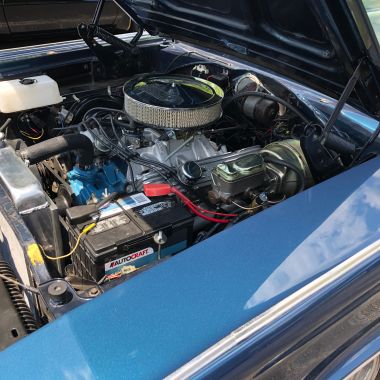 He wasn’t planning on redoing the cooling system, but… “I took it to a car show in Chattanooga. We were sitting in a long line to get in and the radiator cracked. When the show was over, I had to wait for about 2,000 cars to leave so I could get directly on the highway without waiting in line again.”

So Monte upgraded the cooling system with a new aluminum 3-core radiator and dual electric fans. He is now confident he can sit idling all day in the desert and the engine will stay at 190 degrees.

The 727 three-speed automatic transmission was completely disassembled and given a once over. It spins the original Sure Grip differential with 2.90 gears. The torsion bars up front and the leaf springs in the back have been replaced, with air shocks on the rear suspension to adjust the ride height as desired.

The electrical system needed very little work. That’s especially good news for the motors and controls used with the Charger’s hidden headlights. Monte did have to replace the headlight door relays under the dash.

The interior looks great, and is very unique. “I don’t know of any other car,” Monte said, “that has four bucket seats and a center console that runs all the way through the interior.” I can’t argue with him on that. The side panels in the interior are original. The seats have been recovered and the carpet is new. Another unique feature is that the back seats and console fold flat to form a large storage area. Monte describes it as “a big hatchback.” At the YearOne show, the interior also featured a great scale model ‘66 Charger replica of his car that a friend of his built for him.

The car had air conditioning from the factory, and still is set up for it, but a previous owner had removed the A/C unit. Monte’s not planning to re-install it. “I’m OK with sweat,” he said, “I like the extra horsepower.”

One interior feature that’s still on Monte’s to-do list is the electroluminescent light (EL) for the dashboard. It’s a feature that was only available for very few years on the Chrysler and the Imperial, and on the first generation Chargers. Monte says there are only three people in North America who can fix it, and they have a long waiting list.

But there’s not a whole lot left on Monte’s to-do list, really just the EL lighting and some minor trim fixes. After two and a half years and about $35k invested, he’s pretty happy with where the build is at. “Mechanically I have the car just like I want it,” he said. “It drives like a dream.”

And he drives both his hot rods frequently. He’s a regular at car shows with the Charger or the Barracuda, and sometimes both. You’ll likely find him at those shows with his friends, or his step-son, or his parents.

But it’s not just about the Charger’s mechanics and appearance for Monte. He’s loves what he calls the car’s “uniqueness factor”.

“It is what it is,” he said. “A big butt cruiser. It barely fits in my garage. But I love the lines. And I like to come to a show and I’m the only one like this,” he said. “It’s a car, but in reality it’s a piece of history and a piece of art.”