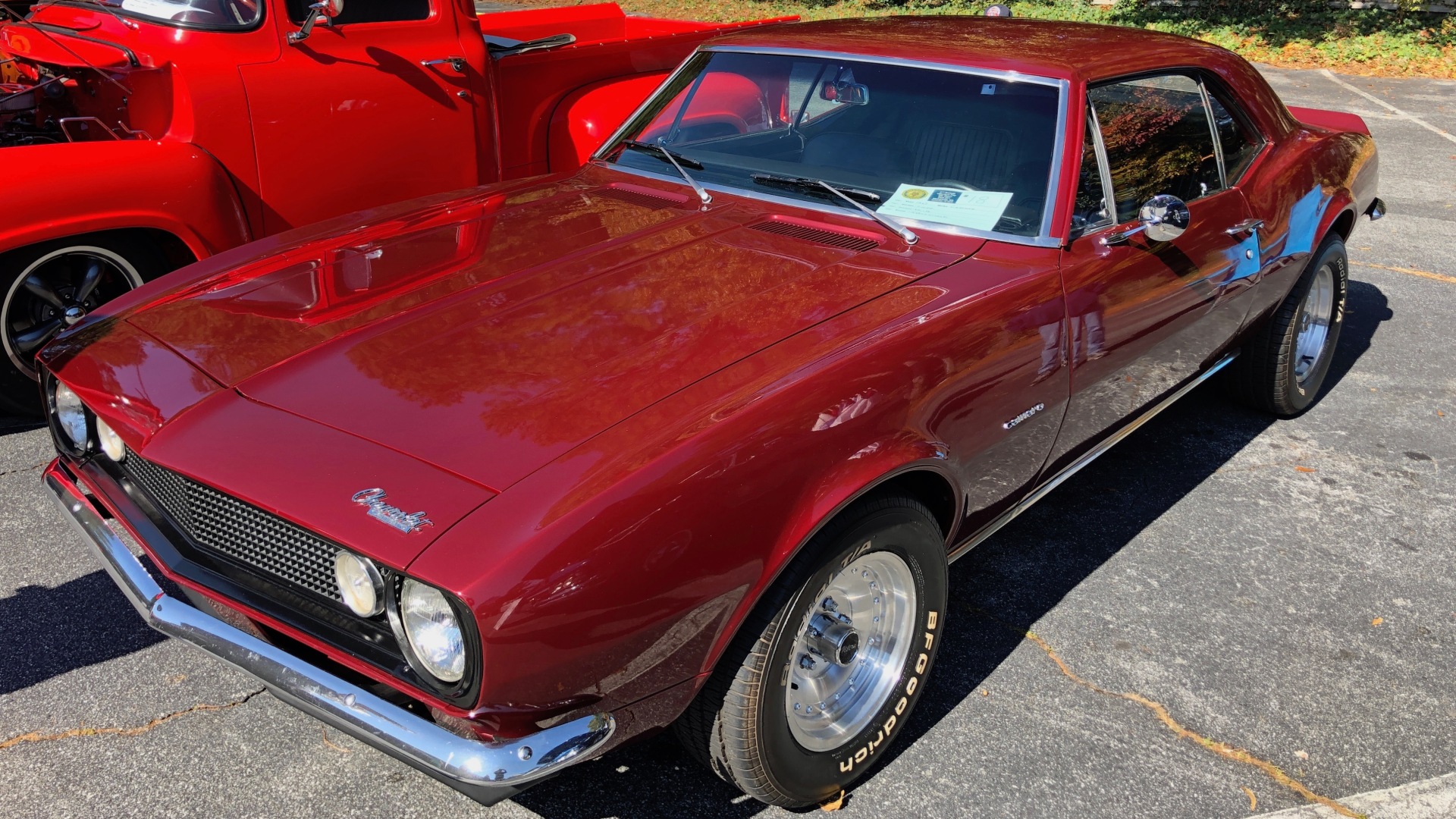 We’ve all seen the signs at car shows. They say something to the effect of “Look, but don’t touch.”

You won’t see any of those signs around Matt Hogrefe’s 1967 Camaro.

Quite the opposite. While Matt and I were talking at the Veterans Day car show in Alpharetta, Georgia, Matt invited adults and children alike to open the doors and sit inside his Chevy.

Matt comes by his open approach to hot rodding from way back.

A high school buddy of Matt’s originally owned the car, and Matt and his Dad helped him work on it. When the friend wanted to sell it, Matt’s Dad purchased it. The Hogrefes have owned it ever since, now for more than 30 years. 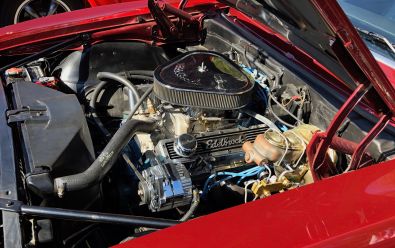 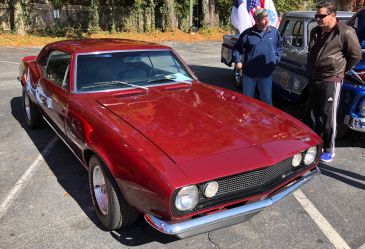 A 6-cylinder car from the factory, the Camaro now has a 327 small block Chevy between the front fenders. Up top is a complete Edelbrock intake system, including open element air cleaner, carburetor, and intake manifold. Edelbrock valve covers and chrome alternator complete the look of the motor. The heads and short block are stock Chevy. Headers and 2” straight-through pipes take care of the exhaust.

A Chevy Turbo Hydromatic automatic transmission sits behind the small block and feeds the power to a stock rear end. Matt and his dad beefed up the suspension for the added weight and horsepower of the V8. Stock 4-wheel drum brakes are helped out by the power master cylinder Matt added. But in keeping with the original feel of the car, he has not added power steering. 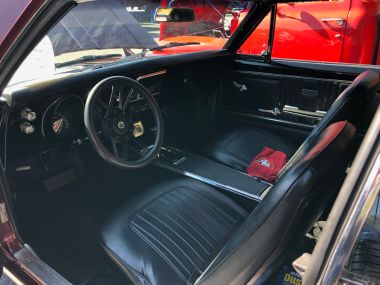 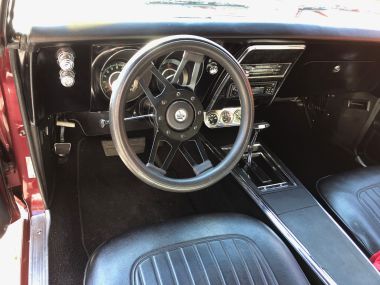 Matt’s combination of old and new works great. It’s easy to maintain, usually just requiring regular oil changes. “It’s a fun car,” he told me. “It likes to be driven.” 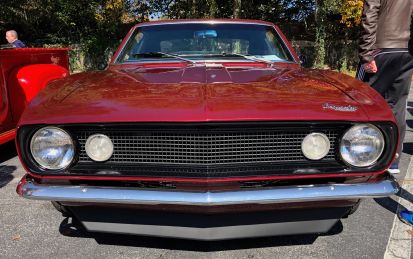 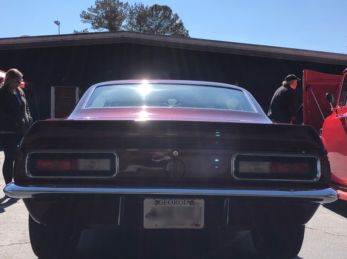 Matt’s Dad has passed away, but his willingness to be available to help out has clearly been passed on to Matt. While we were talking, one mom appreciated Matt’s willingness to let her son sit inside the car, but she told Matt, “I don’t want him pushing any pedals.” Matt told her to not worry about it, saying, “I have a 7-year old and a 9-year old. They’ve pushed all the pedals.”

Seems like Matt’s first generation Camaro may be inspiring its third generation of hot rodders. There may be no better calling for a vintage muscle car.

Photos by GHR
Click here to see the photos of Matt’s Camaro.

One Reply to “Matt Hogrefe’s ’67 Camaro”