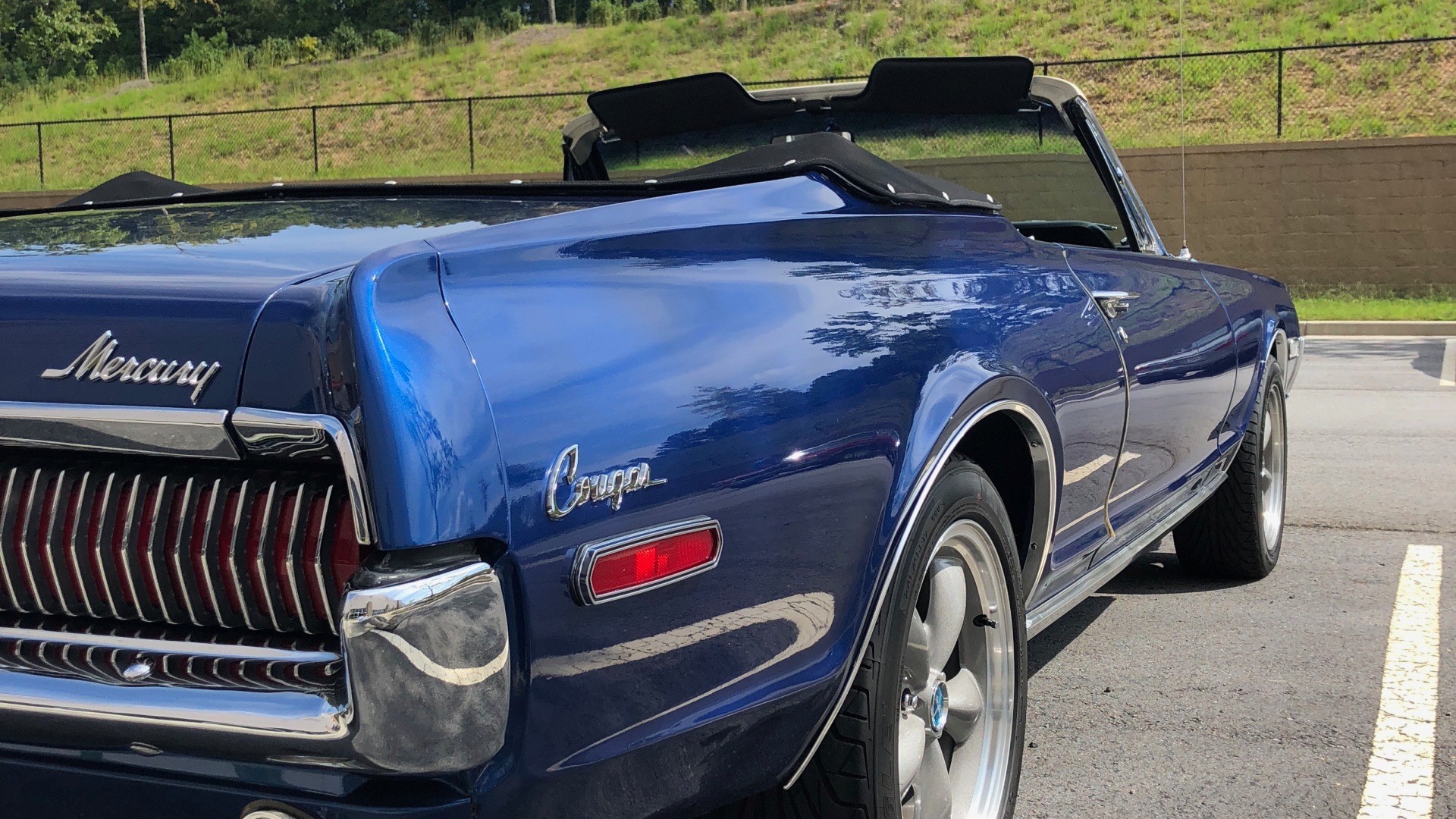 You’re right. That’s where the Sawzall comes in.

But we’re getting ahead of ourselves…

Powel Kemmer was sitting in a Waffle House in Atlanta reading a Hemmings Motor News magazine. He’d been a hot rodder all his adult life. But the 2008 recession hit his home building business hard and he’d had to sell his fun cars.

John Ferguson noticed the magazine and came over and introduced himself. The two started talking cars and next thing you know, John offered to let Powel have a 1964 Falcon Futura that he’d had sitting around. Powel worked on it as he could, fixing it up and eventually he was able to sell it for John.

Then, as Powel tells it, “John called me one day and said ‘I have a Cougar I turned into a convertible. I don’t know where it is, but when I find it, if you go and get it you can have it.’”

Ferguson eventually tracked the car down, and called with the address. Powel and a few of his buddies went and got the Cougar.

“The body was straight,” Powel recalled, “but it had some rust on the lower edges. The steering wheel was in the passenger seat. The engine and the gas tank were full of water and the car had sat with the windows open so the floorboards were rusted from rain.” But after taking the body down to bare metal, Powel could see that overall it was really in pristine condition.

Ferguson had converted the car to a convertible in 1991. I confirmed with Powel that I had heard correctly… the roof was cut off with a Sawzall. “Well,” he said, “when you cut the roof off a car, that’s what you do.”

To stiffen the unibody chassis on the newly created convertible, the front and rear subframes were tied together, and 1/4″ steel plates were welded in the rocker panels, transmission hump, and under the seats. 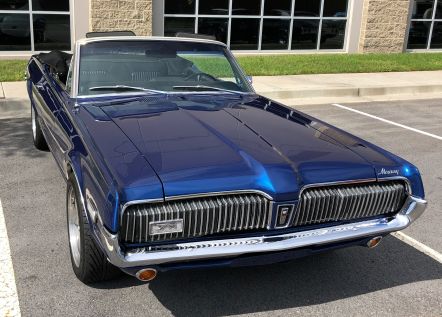 The Cougar originally was equipped with a 302 engine, but Powel swapped in a Ford 302 Roller motor from a 1997 Explorer. The engine was built by Raymond Martin, who sadly passed away last year. “Raymond was a wonderful man,” Powel said. “He was so nice to me. He was doing it for the fun.”

It’s essentially the same engine as a 5-liter Mustang, except that it doesn’t have fuel injection. Powel went with a carburetor since he wanted the engine to have a 60s look.

The short block is stock, but the engine features RPM heads and a Rolling Thunder cam from Edelbrock, an air gap intake manifold, and Scorpion 1.6 roller rocker arms. A fully electronic MSD ignition lights it all up. The 60s look is maintained by tucking the MSD electronics on the back side of the passenger side shock tower. And in a nod to how his relationship with John Ferguson started, Powel topped the radiator with the original cap from that 1964 Falcon. 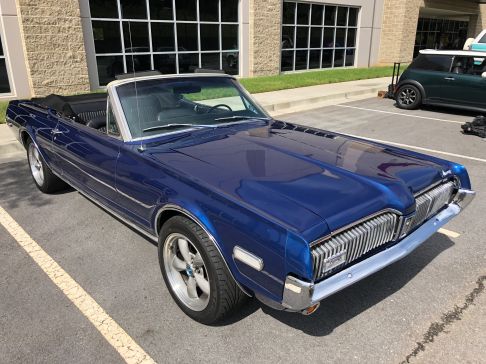 The engine will rev up to 7000 rpm, although the power peaks at about 6500. The small block mates up to a TCI StreetFighter C4 automatic. The original rear end has a 3.00 gear, so Powel put in a 2500 stall speed torque converter to give the Cat a little more pep.

The beautiful blue paint was applied by Powel and some of his friends, including Kenny and Brian Thomas, in his garage. Seventeen inch Mustang Bullitt wheels with Cougar center caps and 245/45 radials cap off the exterior.

Powel made a point of acknowledging the help he’s gotten from those friends and many others with this build.

“Nobody builds one of these themselves,” he said. “You’ve got to have help, and the car community is so wonderful that it’s usually not hard to find someone to help you. I’m glad I met Raymond Martin to help me with that engine. And John Ferguson for knowing that I really loved the car and making sure I got it. Kenny and Brian Thomas were central to helping me restore the car and painting it. Without them I wouldn’t have a car. It’s been a labor of love. And my family really enjoys it.”

Powel Kemmer knows that the only thing better than building and driving a hot rod are the relationships you develop and experiences you share along the way. His Cougar is a perfect example.

Photos by GHR
Click here to see the photos of Powel’s Cougar.