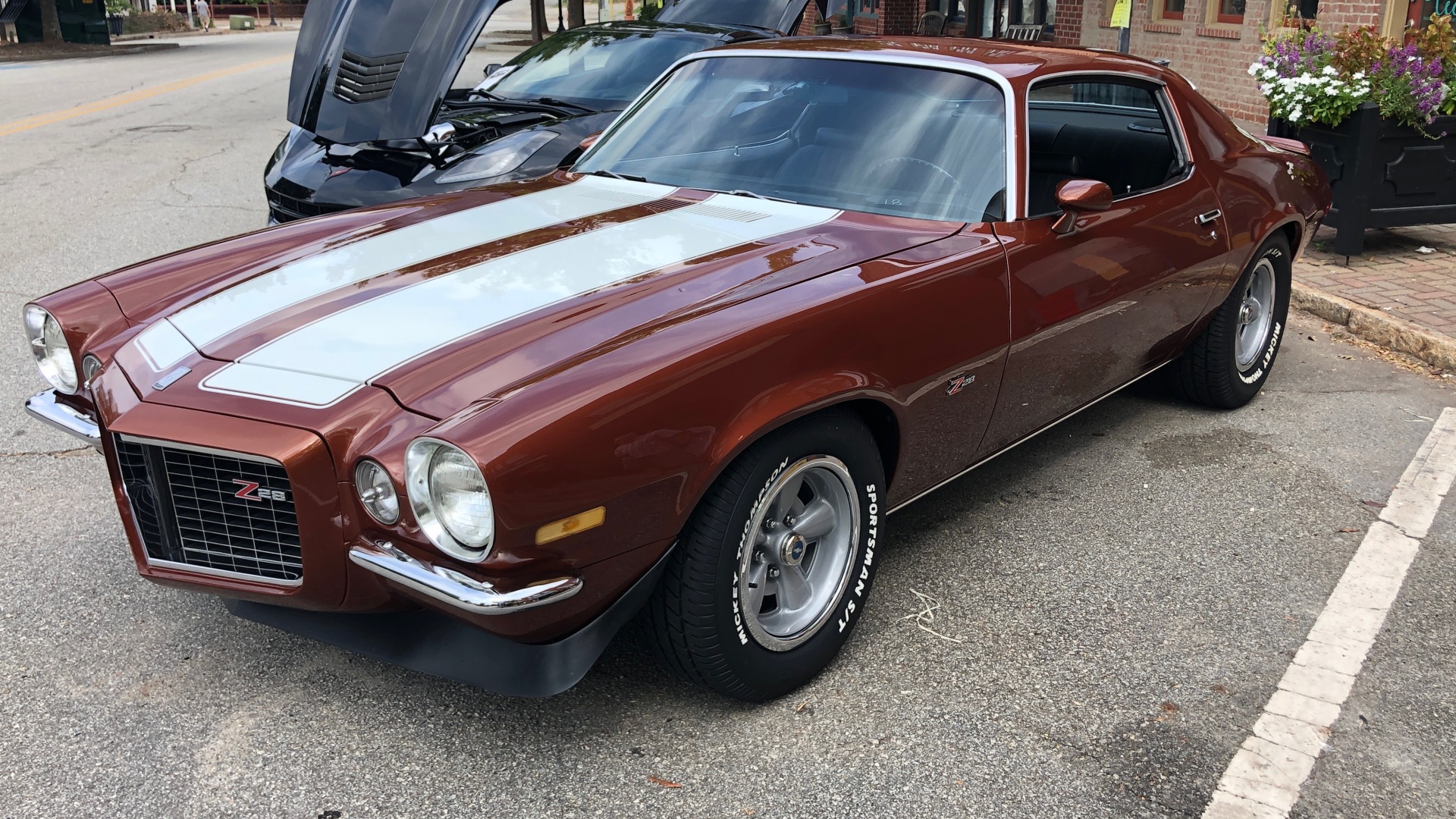 Of all the models of Camaros over six generations – RS, SS, IROC, ZL1, and more – I think the second generation split bumper Z/28s are my favorite. It’s an iconic muscle car on the street, on the drag strip, and in Trans Am road racing.

So when I saw Juan Morato’s super clean 1970 ½ Z, I headed straight for it. Juan had it at the Pistons for Paws Car Show in Madison, which benefited the Humane Society of Morgan County in Georgia. 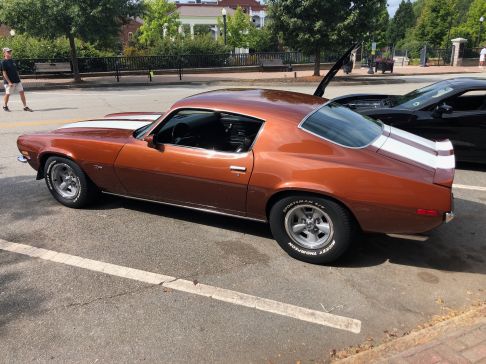 This is Juan’s ninth Camaro – I think it’s safe to say he’s a fan. He acquired the car six years ago from the original owner.

With its stock body and wheels, Juan’s Camaro looks original. But Juan’s a hot rodder, so underneath that stock exterior are some dramatic improvements to the performance and driveability of the Chevy.

Back in 1970, the Z car had some stout performance straight from the factory, with a 350 cubic inch / 360 horsepower LT-1 engine, and the great handling the Z/28s were known for.

But stout wasn’t enough for Juan. 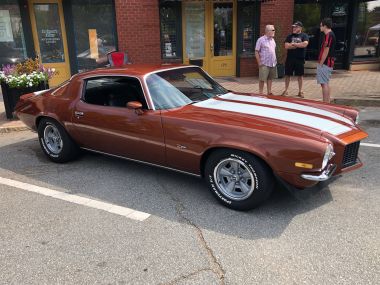 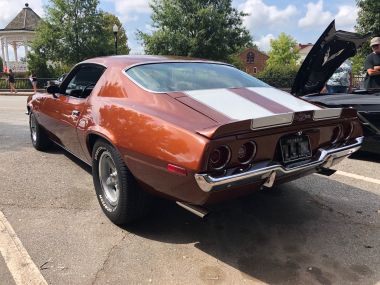 The LT-1 is still under the hood, and still measures 350 cubes with the stock crank, bore, and pistons. Juan dropped in a larger Comp cam – he described it as “two steps bigger” – and matching valve train components; solid roller lifters, new springs, and roller tipped rocker arms. The stock 202 fuelie heads have been cleaned up, but not ported, and the original Chevrolet intake manifold sits on top of them.

Even with the stock crank, pistons, and heads, Juan’s small block produces an 11.5:1 compression ratio. He says it runs just fine on premium pump gas, with no additives, although he does use non-ethanol fuel. A Champion four-row aluminum radiator and electric fans keep everything at the correct temperature.

The most dramatic change to the small block is a complete Holley Sniper system. It’s not just EFI  – the entire fuel system and the ignition are all integrated Holley components as well. 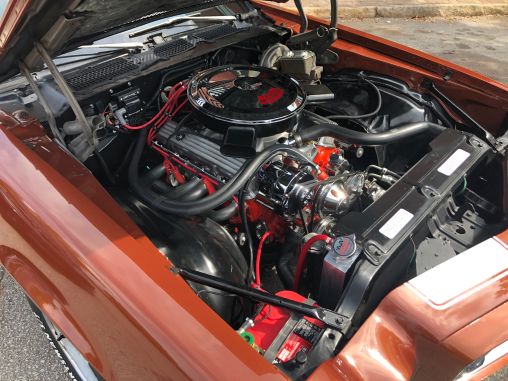 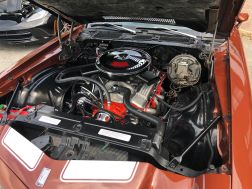 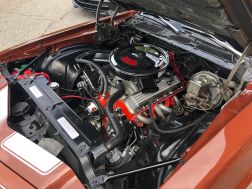 Of course, the Sniper EFI unit sits on top of the engine. Juan installed new fuel lines to connect it to the Sniper fuel tank, which has an electric pump mounted inside the tank, putting out between 70 and 75 psi. He also installed Holley’s HyperSpark electronic ignition, which is designed to interact with the fuel system. It’s all fully adjustable and tied together with the computer Juan controls.

“It’s the best thing I’ve ever done to this car,” he told me, “What a difference. Unbelievable.”

A big difference. The chassis dyno showed the Z has 420 horsepower at the rear wheels.

Juan rows through the gears of the original Muncie M20 4-speed with the stock shifter. The Muncie drives a 12-bolt rear end with 3.73 gears. There are power disk brakes at all four corners – original equipment up front and transplants from a 1977 Trans Am in the rear. 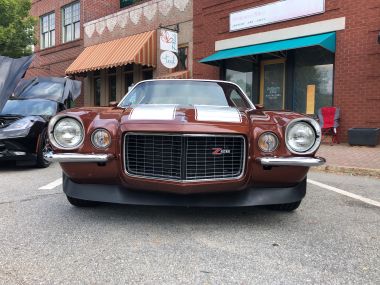 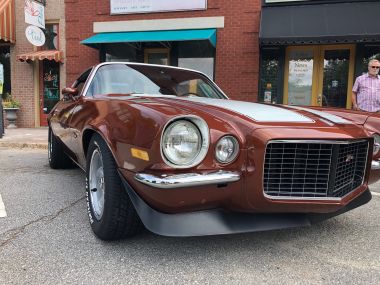 Earlier this year, Juan finished a complete suspension overhaul. He replaced the rear leaf springs, shocks, and bushings. The front end got a complete upgrade with tubular A-arms and adjustable coil over shocks. He’s installed larger sway bars front and rear. The factory power steering system is still in place.

Stock Z/28s were pretty good at turning corners, so I suspected that with these upgrades Juan’s handles really well. It does. With a knowing smile on his face, he said, “It’s tight.”

The Camaro looks great. The original owner had it repainted before Juan purchased it. All the chrome trim is in places and looks fantastic. There’s never been any rust on the car. The interior is factory stock except for the new carpet and insulation that Juan installed. 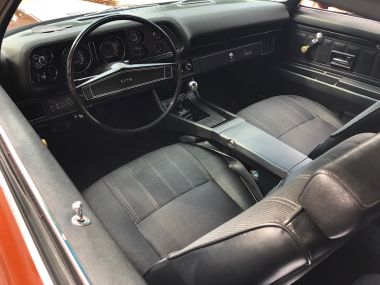 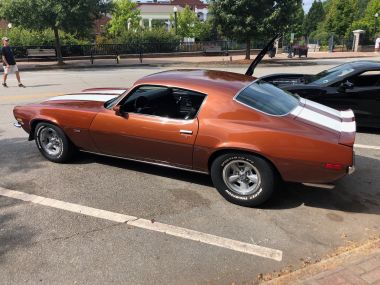 Right now, the only future planned changes for the car are to install frame connectors. That made me wonder if Juan had taken it to the track yet. “Not yet,” he said, “but I’m planning on it.”

He has raced some of the other Camaros he’s owned. Juan’s guessing this Z will run mid-13s in the quarter-mile. I’m betting on it hitting the 12s – if he can get those 420 horses to hook up off the starting line.

He’s done a great job hot rodding this classic muscle car, but Juan is quick to point out that he has not, and will not, do any cutting on the car. And he’s kept all the stock components. “If I ever need to go back to stock, I have all the parts,” he told me.

Talking to Juan, you get the feeling there’s a special connection with this Z/28. Maybe it’s because they share the same birthday. The paperwork for the car shows it was built on 5/11/1970. Juan was born on 5/11/1960.

Or maybe it’s just because he knows he’s got one bitchin’ Z/28 hot rod. 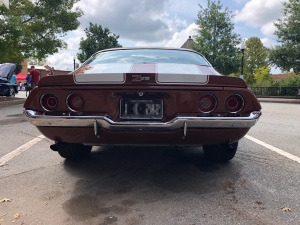 Click here to see the photos of Juan’s Z/28.